Before I get into writing my story for this weeks “WWBH”  Let’s take a look at last weeks stories (for those of you who missed them:

As The God-Child Sees by Christopher Shawbell
The Carousel Horse by Jessica McConaha
To The Proprietors of the Tin Shed by Scott Taylor
Trust Me by Sally Stackhouse
Escaping the Heat by Heather Musk
Dirty Little Window by Leanne Sype (hey that’s me!)

The photo that the story is to be based on: 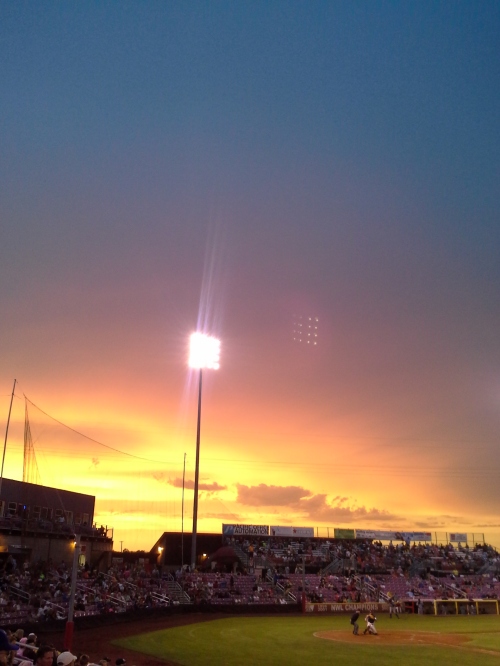 Jim held his breathe as he slid into second. The umpire stood nearby closely watching Jim as his feet touch and the other umpire on the other end of the field who was watching the player who was reaching to the catch the ball as it flew through the air…….

Whatever happened here, Jim refused to be defeated.  Baseball had turned his life around – Win or loose.  Safe or not he would profit knowing he had given this game (the final game of his baseball career) his All!  In fact he had given his best through the past 15 years that he had been playing.  He was 33 years old and it was time to hang up his baseball glove.  Time to let the younger players have their chance to succeed as he had done.

There were many fond memories of his time with the team.  Even the time (when he had first joined) when the team had played a prank on him by putting capsicum on his gloves just before a practice had been a memory that (after the fact) he had cherished.   Jim had gone through the practice as if nothing was wrong, quietly stifling the constant sneezing.  Afterwards the guys had slapped him on the shoulder and welcomed him.   They had become like family to him.  The older players had taken him under their wing, showing him the ropes and helping him become a better player.  In return Jim had passed this on to the newer players after he had been on the team for awhile and had become a veteran player himself.

Jim had grown up with no real family.  He had been orphaned when he was a child from parents who were too busy partying and doing drugs to care about even the basic needs of a young baby and passed on to a system that had pretty much left him to his own devices since he was a young boy.   It wasn’t until he was  17, a senior in high school and worried about what would happen after graduation that things began to look up for him.  It had been Coach Fisk who saw his potential and encouraged him to try out for a sports scholarship so he could go to college and get a degree.  Jim had gotten the scholarship  and eventually got a part time job as a printer.  His goal was to open a print shop.

The Following are the random words to be included in the story: